Morris attended Kingston upon Hull College of Art in the late sixties and completed foundation studies and a period studying textile design.

Dissolution set in with the "system" as he saw it, and so he found work as a potter with Aiden Dixon at the world famous Wold Pottery near Beverley.

After two and a half glorious years (gaining so much experience) he left and moved to the Isle of Skye (where there was a family connection) along with his wife Jane. They were later joined by his parents and went on to found the equally famous Skyeramics Pottery at Dunvegan.

In the late eighties, along with their four children, a further move was made which involved working as an actor, working for the NHS and the hospitality industry in different parts of the UK,

In the 1990's the family finally settled in Selkirk in the Scottish Borders where Morris returned to his first love - Painting.

Never being one to "Over complicate or needlessly academicize" things, his concern lies more with the "purpose of art" rather than any artificially construed "meaning"

Great joy, for him, is to be found in patterns (perhaps a hangover from his textile studies) and the process of then abandoning the perceived symmetry and just seeing where it leads - an idea often found in Zen gardens.

Truly for him, "The greatest sophistication is simplicity"!

Morris's work is continually evolving and he finds great inspiration in the works of the Californian school, the hard edge painters and the multitudes of geometric artists working in South America.

A simple belief is that - if half way through a painting another painting is not suggested - then - the painting fails. When viewing the gallery please feel free to suggest other colourways or variations should you wish.

For a work is never really finished and should a purchaser wish to hang their piece a different way - or indeed continually change the orientation - absolutely perfect!

Some of Morris's work is even produced on a rotating hanger system for this very purpose - please enquire.

Please enjoy viewing my work and I include a "studio" gallery which I hope will also be of interest.

NB: All paintings are photographed on the easel in the studio so colours etc may vary - why not send for more photos before deciding ? 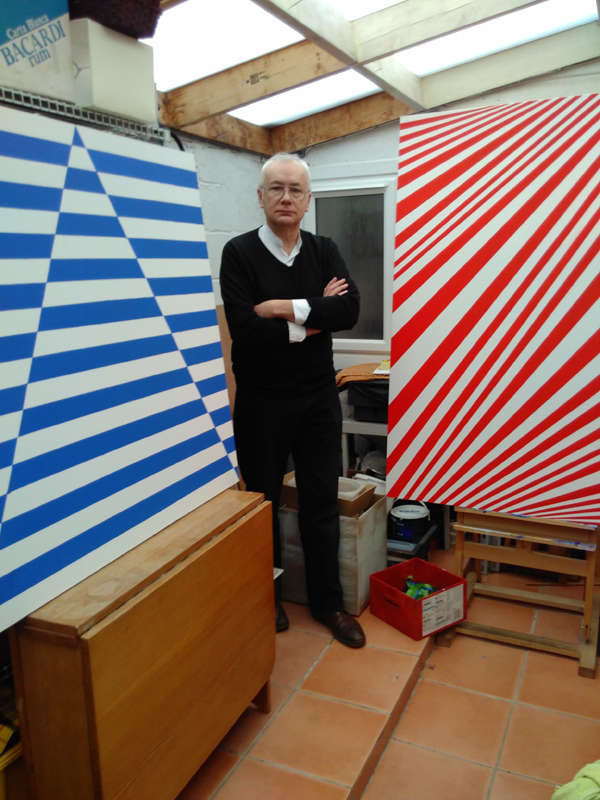